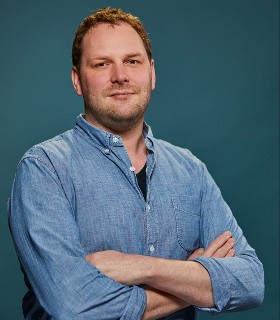 Weta Digital’s Anders Langlands is an Academy and BAFTA-nominated Visual Effects Supervisor, skilled in the science and creativity of visual effects.

His recent projects include supervising visual effects for Disney’s live-action remake of Mulan (2020), including the CG creation of the large-scale medieval Chinese city. For Alita: Battle Angel (2019) he led the sweeping high-angle vistas of the post-apocalyptic Iron City, as well as the emotionally intimate scene between the fully digital cyborg Alita and her live-action love interest. He supervised the Mayday Call scene in sci-fi thriller Ad Astra (2019) and was part of the supervisory team on War for the Planet of the Apes (2017) which was nominated for Academy and BAFTA awards.

Prior to joining Weta Digital, Anders progressed from shading and look development to lighting and digital effects supervisory roles at MPC London. In 2012 he established MPC’s new facility in Montreal and built its VFX production from the ground up. He was nominated for a BAFTA for X-Men: Days of Future Past (2014), MPC Montreal’s first film, and an Oscar for The Martian (2015), its second.

Anders has a keen ongoing interest in research and development. He developed the widely used opensource alShaders library for the renderer Arnold and has developed solutions for onset augmented reality scene visualization. He is currently investigating new methods for atmospheric simulation and the profiling and simulation of photographic lenses.