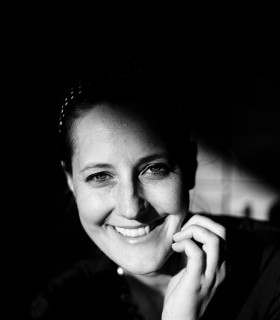 Julia started her career in the VFX Industry in 2006. After working  as a Visual Effects Generalist in different departments, she finished her dual-educational program as a Film and Video Editor in Berlin in 2010 at the company „Exozet Effects“.

After working on different German shows she got more and more involved and interested  in VFX Production.

In 2011/2012 she got the chance to be one of the first students for the Visual Effects and Animation Producing program at the Filmakademie Baden-Württemberg. From then on she worked on a couple of student projects but Hollywood was calling. Julia spent one year in Los Angeles working at the Visual Effects Company „Uncharted Territory“ to take her first steps as VFX Coordinator. Her first international projects „Hugo Cabret“ and „Here comes the boom“ set her on fire and opened up new opportunities back in Germany.

She joined the VFX Production team at Pixomondo Stuttgart in 2012, where she was able to further refine her skillset in the field of visual effects production. She gained further experience as a Junior VFX Producer.

Julia now has been an integral part of the ScanlineVFX production team since 2015. Since then, she has been the responsible VFX producer for the Stuttgart/Kornwestheim location. Her recent projects include Charlies Angels, X-Men Dark Phoenix, Nightlife. Currently in post-production: Jim Button and the Wild 13.

She is also an active member of the „Visual Effects Society“ and the „Animation Media Cluster“ here in Stuttgart.