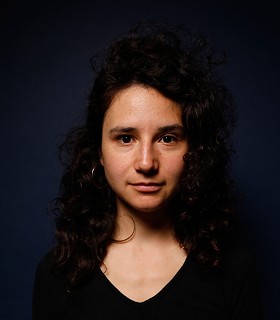 Matisse Gonzalez Jordán is a Bolivian animator, illustrator and director who graduated in 2019 from the Filmakademie Baden-Württemberg. During her studies, she worked with several studios all over the world, such as BUCK Design in Australia, CELESTE in Argentina and WOODBLOCK in Germany, working as a storyboarder, Cell and 2D animator, designer and director.  Her graduation Film "Gravedad" has been shown in several international Animation Festivals, won multiple awards and was nominated for the Annie Awards 2020.  Matisse’s shorts explore deep emotions and feelings, expressing them in tangible ways. Coming from Bolivia and living in Germany, she connects the best of both worlds creating chaotic, yet structured; tragic, yet funny; outgoing, yet intimate films.

After a lot of freelance work, she realized her future is in independent Film making working closely with studio Seufz.

Matisse is developing a pilot episode for Cartoon Network Latinoamérica as part of the Girl Power program for Pixelatl while also working on her new film as part of ASF (animation sans frontières).