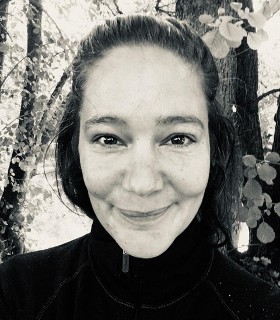 Angela Steffen was born in Dannenberg, Germany in 1979. Spending her childhood years in Saudi-Arabia, she came back to Germany in 1990 when the Gulf War started. After some basic studies in Graphic Design she studied animation at the Animation-School-Hamburg and then at the Institute of Animation, Filmakademie Baden-Württemberg, graduating in 2009. Whilst at the Filmakademie she developed a personal and poetic style culminating in Lebensader, her diploma Film.
Angela Steffen works as an independent director and animator at Studio FILM BILDER since 2009. Her series „Patchwork Pals“ won the „Best Preschool Series“ at Cartoons on the Bay Festival in Venice in 2014 and the „Award for the best TV series“ at the Expotoons in Buenos Aires. The second season will be completed in 2020.