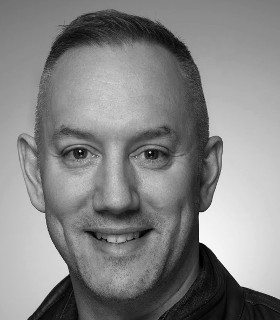 Shawn brings extensive skill, knowledge and insight to Framestore, drawing from a rich pool of experiences that includes both film and TV. Shawn began his career working for boutique animation companies before being snapped up by ILM, where he worked on the Oscar-winning Pirates of the Caribbean: Dead Man's Chest and the blockbuster Jurassic World, as well as being nominated for a VES Award for his work on Pirates of the Caribbean: At World's End.

Shawn enjoys the careful balance of technical know-how and creativity demanded of a VFX Supervisor, and he remains fascinated by the creative process by which he and his team help drive a film's narrative.

When not putting his creative and technical abilities to the test with Framestore, Shawn enjoys testing his physical limits with Ironman triathlons and marathon swims. He is currently training for a 10km ocean swim and, having worked on Guillermo del Toro's Pacific Rim (2013), thankfully knows how to avoid any sea-dwelling kaiju.