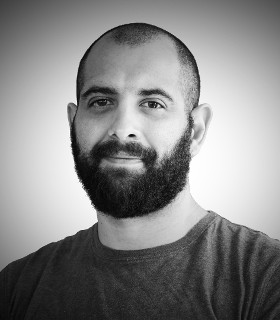 Originally from Brazil, Aulo draws from a wide pool of experience in feature film, TV, games and advertising — fitting in perfectly with Framestore's diverse range of creative activity.

Aulo began his career in boutique animation studios before a successful freelance career, honing his character and creature skills for over a decade. He relocated to Montreal in 2014, where he brought a range of fantastic, realistic and gruesome characters to life for film and TV such as A Monster Calls, The Legend of Tarzan and most recently, His Dark Materials.

Aulo started his career at Framestore as a Senior Animator on the Academy Award-winning Fantastic Beasts & Where to Find Them, and was promoted to Associate Animation Supervisor for the movie's sequel.

In his spare time, Aulo enjoys BBQing (no matter the weather) and is an avid Brazilian jiu-jitsu competitor.

As a versatile, dedicated animator, he has an expert grasp of his craft and has never turned away from a challenge. He is currently Animation Supervisor for Tom & Jerry.