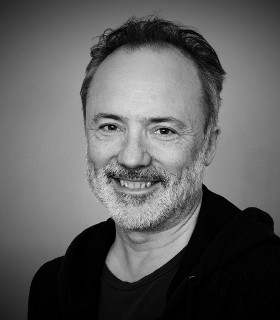 Tim joined Framestore in 1988 after an outstanding academic record in Maths, Physics and Art. He rapidly became the driving force behind the company’s push into digital film and television, developing Framestore’s virtual camera and motion rig systems. Tim started supervising with Emmy winning VFX on Gulliver’s Travels in 1996 and has since guided the company in new directions while supervising its most technically and artistically challenging projects. These include Alfonso Cuarón’s Children of Men, Christopher Nolan’s The Dark Knight, Spike Jonze’s highly original CG/practical creatures in Where the Wild Things Are and sequences in James Cameron’s incredible Avatar. Tim has also directed commercials, second unit, title sequences and teaser trailers.

He was VFX Supervisor on Alfonso Cuarón’s space masterpiece, Gravity. The unusual storytelling techniques and contemporary space location led Tim to develop a number of groundbreaking techniques to deliver stunning visuals in a photo-realistic film, for which he won an Oscar. Tim worked closely with Alfonso who fought for Tim, in an industry first, to be given a credit directly after the Cinematographer, to reflect his input on the film.