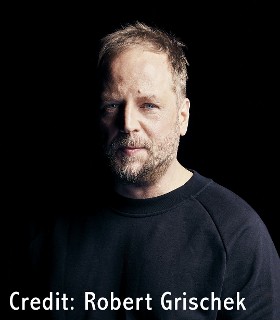 The band's debut in 1991 was the first rap album with German lyrics throughout. With almost seven million units sold, seven platinum awards and sold-out halls, the band is one of the great pop stories and Germany's longest-serving rap act.

The phrase "making history" may be hackneyed, but the pop cultural influence of DIE FANTASTISCHEN VIER over the decades remains undisputed. Beyond all the superlatives and cultural interactions, DIE FANTASTISCHEN VIER are also a social phenomenon. The joint identity of four so different characters exists independently of time and place, and in distinction from all external circumstances: It's all about the VIER. And that is the reason why they have been around for so long.

The latest, tenth studio album of DIE FANTASTISCHEN VIER is called "Captain Fantastic". He is not a superhero but a state of mind which specifies: Leave all conventions and expectations behind. It is an appeal to artistic freedom, and as an invisible superpower, it has been uniting the band and its audience for almost 30 years.

The exhibition "Troy - 30 Years of DIE FANTASTISCHEN VIER" in Stuttgart on the occasion of the band's anniversary was complemented with a virtual reality experience in January 2020. FANTAVENTURA is a VR-based remake of the iconic song and video "Tag am Meer". On this truly fantastic island, visitors encounter the four band members of today and the twens of yesteryear simultaneously.

30 Years of DIE FANTASTISCHEN VIER will culminate in the "30 Years Live Tour" - a gigantic stadium tour, and the biggest the band has ever played.