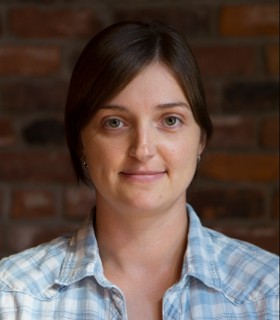 Jenn started her career in visual effects and animation at Bardel Entertainment in Vancouver, where she animated on multiple cartoon television series. She then made the move to Singapore, and worked as lead animator on Clone Wars at Lucasfilm Animation before starting at Image Engine in 2012.

Since joining Image Engine, Jenn has contributed to such titles as Elysium, Teenage Mutant Ninja Turtles, Chappie, Kingsglaive: Final Fantasy XV, Fantastic Beasts and Where to Find Them, Logan, Jurassic World, Game of Thrones, Carnival Row, and Lost in Space moving through the ranks from animator to senior animator, then lead and finally to animation supervisor.

It was her work as a Lead Animator on Game of Thrones’ The Loot Train Attack that earned her the Visual Effects Society award for Outstanding Animated Character in an Episode or Real-Time Project.

Jenn works cross-functionally to develop the style of creatures and characters, creating exploration test shots early in production, as well as cycles and poses to be used by the artists on the show. She works with our clients and visual effects supervisors to direct the animation team, as well as other departmental supervisors to find technical solutions for animation with rigging, creature FX, and tool development.