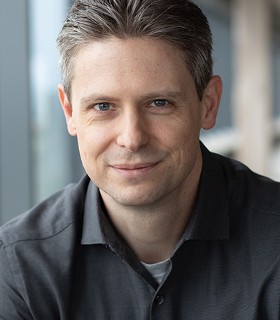 Joe van den Heuvel is a Software Engineer at Valve, where he is focused on advancing the state of real-time animation.  He is responsible for creating the Source 2 Engine's new runtime animation system that is shipping first with Half-Life: Alyx, as well as SteamVR's Skeletal Input API.  He's been working in the AR/VR space since 2012 when he was on the original HoloLens launch team at Microsoft, and before that worked in the games industry as a developer and entrepreneur.  After almost 2 decades of developing animation and physics technology to bring characters to life, he is more excited than ever about the new opportunities that VR presents for audiences to connect with virtual characters.