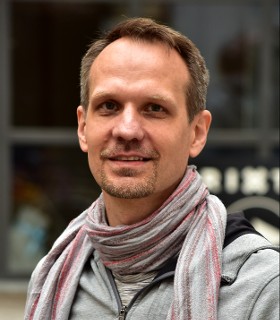 Jan Stoltz was born 1973 in Bremerhaven, Germany.
He began his cinematic education in 1994 at the Filmacademy Baden-Württemberg that he successfully finished in 1999 with specializing in animation and digital image creation. He directly started off his professional career as Visual Effects Supervisor and Animator for feature, television and commercial projects. After a year of "Hollywood"-experience in Los Angeles in 2004 as Character Animator for "I, Robot" and Disney he returned back to Germany. Since then he is booked as Visual Effects Supervisor and Animation Director for big international and German features like "Timm Thaler", "Jim Button And Luke The Engine Driver" or "Fast and Furious 8". 2018 he did his first co-directing for the animated feature "Capt´n Sharky".