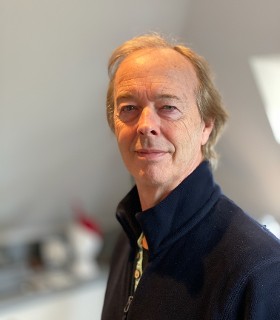 Phil Davies has been producing TV programs and animation since the early 1980’s. He’s won 6 BAFTA’s, been nominated a further 11 times, and the films produced have received many other awards from around the world including an Emmy Award in 2013. While working with students at London’s Middlesex Polytechnic in the 80’s several groundbreaking films were produced including some for the newly established music station MTV. In the 90’s he regularly produced short films for Channel 4, and he also ran the Channel 4 student animation competition. He’s sat on the professional advisory panel at the National Film and TV school and also regularly supports films produced at London’s Royal College of Art. In 2016 he was awarded an Honorary Doctorate by the University of Middlesex and he is a member of the British Academy of Film and Television Arts. He continues to executive produce short animated films alongside developing a number of live action projects as well as children’s series.

104 episodes of Ben and Holly’s Little Kingdom have been produced winning 2 BAFTA awards for best Pre-school animation and an International Emmy Award in 2013.

To date 316 episodes of Peppa Pig have been produced. It has been sold to over 180 territories around the world winning BAFTA’s in 2005, 2011 and 2012. The series also won Best Pre-School Animation prize at the British Animation awards in 2006, won the TV Crystal award at Annecy Film Festival, picked up 3 awards at Cartoons on the bay, and has been nominated a total of 18 times for children’s BAFTA’s.  The series has spawned a large licensing program and in 2017 it was generating in excess of 1 billion dollars of sales annually. In the UK there are over 80 UK licensed manufacturers including a theme park, and a travelling theatrical show. Currently it is the No 1 pre school brand in UK, Spain, Italy and Australia with large rollouts underway in the USA, China, South America and Russia. 117 episodes are currently being produced exclusively at The Elf Factory which is Phil’s, Mark Baker’s and Neville Astley’s central London animation studio.