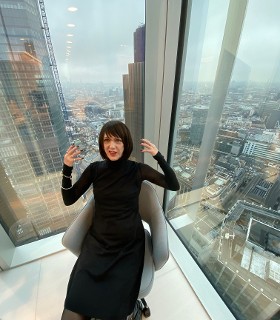 STEVEN APPLEBY is the absurdist creator of many comic strips that have appeared in newspapers including: The Guardian, The Observer, The Times, The Sunday Telegraph, Die Zeit and Frankfurter Allgemeine Zeitung. His other works include animated television series Captain Star; the musical play Crocs In Frocks; over 25 books, including Normal Sex and Miserable Families; the BBC Radio 4 series, Steven Appleby’s Normal Life, as well as paintings, prints and drawings for numerous exhibitions. His artwork and murals illuminate the Royal Brompton Hospital’s Centre for Sleep in London, and Room 9a of The Carlton Arms Art Hotel, New York. He contributed drawings to the sleeve of Pixies album Tromp Le Monde and illustrated The Good Inn, by Black Francis & Josh Frank.

A cross-dresser for most of his adult life, Steven’s graphic thriller, DRAGMAN, featuring the struggles and double-life of a man who can fly when he puts on women’s clothes, comes out on March 12th 2020 (UK) and April 7th 2020 (USA). Dutch and French editions follow later in the year.