Conference The State of VFX VFX for Features
Thursday, May 06, The Studio brought to you by AMCRS, 17:15

Jim Button and the Wild 13

'Jim Button and the Wild 13' is the continuation of a journey that began in 2016 with Jim Button and Luke the Engine Driver'. As Jim and Luke set sail again to find out about Jim's origins they meet familiar dragons, are captured by the very pirates they seek to capture themselves, barely escape from an island that sinks into the ocean only to return to a home that has drastically changed from the events that take place.

Chris Nickel from TRIXTER will talk about Nepomuk the half-dragon and the challenges and techniques the TRIXTER experts employed to create the fantastic creature.

Prof. Juri Stanossek from Mackevision will be talking about the development of the pirate and Mandala ship assets, ship battle scenes, the city of Mandala and the ship graveyard. Also he will point out the difficulties of shooting life action on ships and CG work from a creative and technical point of view.

Andreas Giesen from RISE FX will take the journey directly into the eye of the storm and the pirate's secret stronghold. We will hear about photo realistic oceans and ships that sail directly into a water-tornado and the sinking of an incredibly high island into foaming waters, focusing on large scale fluid simulations and volumetric effects.

Our journey ends with Jim and Luke returning home, only to find their little island magically changed. Julia Smola from Scanline will talk about 'The Rise of Jamballa'.

After creating the assets for the Dome of the Rocks and Jamballa with great attention to detail Scanline floods the pirate's cave and helps Jim's long lost kingdom Jamballa to rise again from the bottom of the ocean. 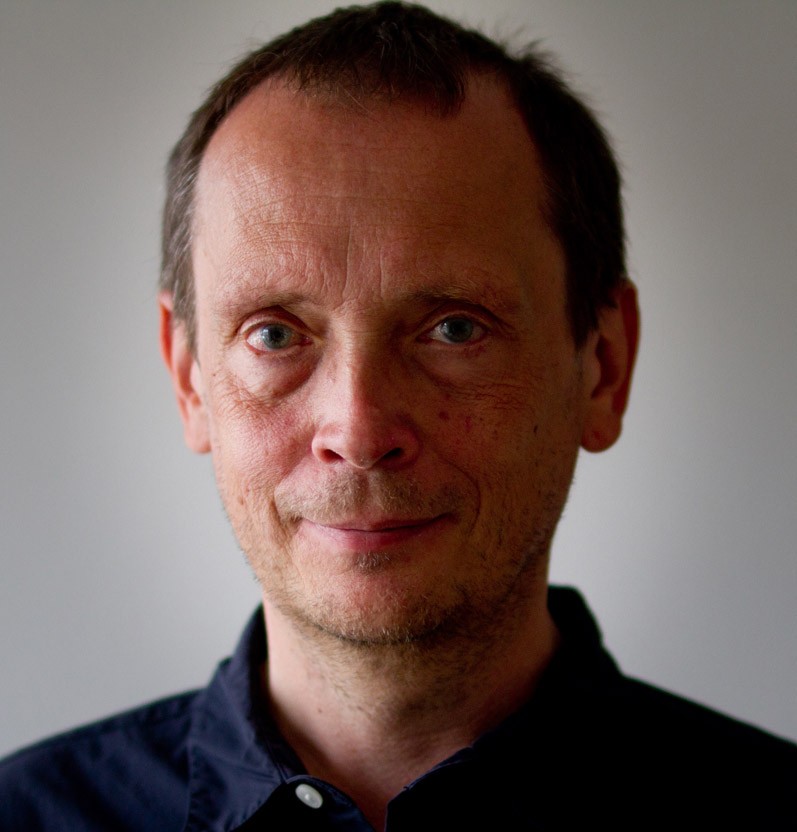 Frank Schlegel began his career in1982 as stop motion animator and model maker. When he started combining stop motion puppets with live action plates via front projection he began to explore the world of then photochemical visual effects.

As part of the Berlin based company FuturEffects he operated optical printers, Mitchell cameras and motion control rigs and oversaw the production of classical matte paintings for Wim Wender's films 'Until the End of the World' and 'Farway so Close' and effects for many other photochemical produced films including Claude Chabrol's 'Dr. M' and Max Färberböck's 'Aimée & Jaguar'.

Starting with the movie of the week 'Terror in the Mall' Frank began working as freelance VFX supervisor in 1997 down to the present day.

His old model making skills and the knowledge of how to shoot them came in handy when he joined Wes Anderson's 'Grand Budapest Hotel' in 2013 right after he oversaw some 400 plus VFX shots for the 1000th episode of Germany longest running and prestigious crime show 'Tatort'.

In 2016 Frank joined RatPack Filmproduction, and director Dennis Gansel to help realize the two Jim Button films based on the books by Michael Ende. That journey ended in 2020 with many shots from 'Jim Button and the Wild 13' being seen through under Corona lock-down conditions.

For 'Jim Button and Luke the Engine Driver' Frank received the Bavarian Film Award for best visual effects in 2019. 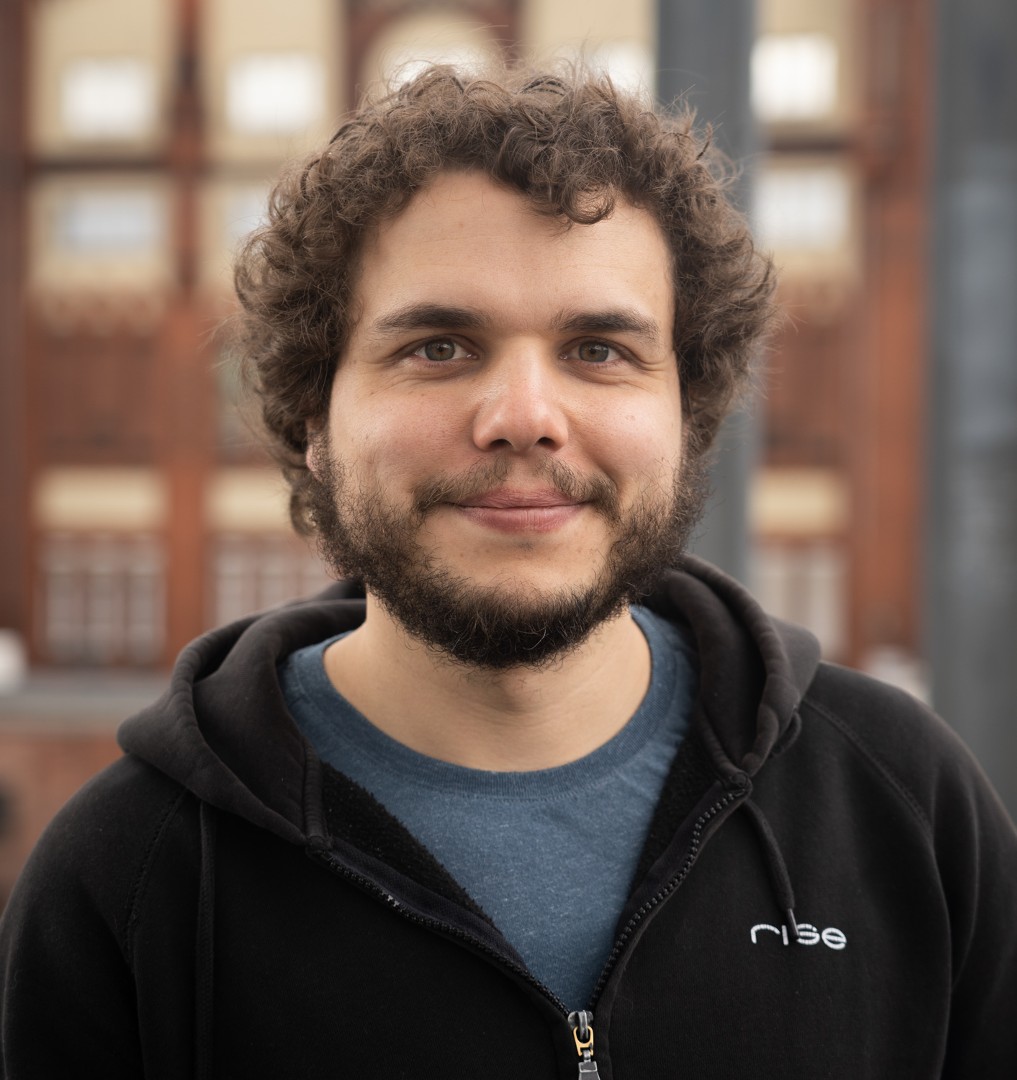 Andreas works as VFX/FX Supervisor at RISE | Visual Effects Studios with his latest work being Jim Button and the Wild 13. He is considered one of RISE’s swiss army knives who can take a shot, no matter how complex, from concept, through blocking, lighting, shading and rendering to final. However his focus are of course FX simulations - no matter if it’s fluids, crowds, rigid body sims or pipeline tools that help facilitate standard tasks for other artists. His previous work includes the complex crowd simulations for Babylon Berlin, FX Supervision for Reminiscense and VFX Supervision for Jim Button and the Wild 13. Chris Nickel comes from northern Germany and is well-known for his tremendous knowledge and passion for VFX. With a “pitbull-like” dedication to solving complex situations, Chris worked as an on-set generalist for several years before segueing into an illustrious 2-decades-long career in photorealistic CG all over the world. He has worked with TRIXTER since 2012, and enjoys diving with manta rays in his spare time.

Julia has been with Scanline for the close to six years, carrying out her role as VFX Producer while also managing the company’s Stuttgart studio.

Her credits as a VFX Producer include Jim Button and Luke the Engine Driver, X-Men: Dark Phoenix and Charlie’s Angels, for which Scanline completed over 700 shots.

Julia has recently finished producing on Jim Button and the Wilde 13 and is currently in production on Marvel's Eternals. Prof. Juri Stanossek began his career in 1994 and now looks back on more than 20 years of experience in the visual effects industry. He served as a VFX supervisor for the first time in 1998. Since 2013, he has worked as a VFX supervisor at Mackevision and, with his outstanding expertise, he is responsible for the visual effects in productions such as  “Independence Day” (2016), “Jim Button” (2018) and “Lost in Space” (2018). He has also created award-winning advertising spots for the industry. These include the Porsche Mission E concept study in 2017 that was recognized with the Golden Dolphin in Cannes. In 2019 and 2020 Juri was nominated for   Emmy an award for his work on "Lost in Space", Season 1 & Season 2.

From 2008 to 2013, Juri Stanossek served as the VFX Supervisor at Pixomondo Stuttgart, where he was responsible for productions such as “Hindenburg” (2011), “Hugo Cabret” (2011), “Game of Thrones” (2012) and “Rush” (2013). “Hugo Cabret”, where Juri Stanossek worked as the Division Supervisor and created multiple sequences with his team, was awarded an Oscar in 2012. Juri Stanossek received both an Emmy award and an award from the renowned American organization “Visual Effects Society” for his work on the second season of “Game of Thrones”.