Conference The Art of Animation Feature Animation
ON SITE König-Karl-Halle presented by Unreal Engine Wednesday, May 04, 14:30

Behind the Scenes of THE HOUSE

The House is an eccentric dark comedy about a house and the three surreal tales of the individuals who made it their home. An anthology directed by the leading voices in independent stop motion animation: Emma de Swaef and Marc Roels, Niki Lindroth von Bahr and Paloma Baeza and produced by Nexus Studios.

Set in the 1800s, impoverished Raymond meets a mysterious benefactor who promises to restore both him and his family to their former status. The family soon learns that wants and desires may not always lead you where you expect.

Set in the present day, a harassed property developer tries to make a quick sale from a renovation. However, some eerie unexpected guests have other plans and become the catalyst to a more personal transformation

Set in the near future, the house survives a hugely changed landscape.  We meet Rosa, a young landlady determined to stay in her beloved crumbling house and restore it to its former glory. But Rosa’s unrealistic vision has blinded her to the inevitable change that is coming and to what matters most. British director and actress Paloma Baeza is a graduate of the National Film and Television School, where her work predominantly developed the stop motion puppeteered animation of BAFTA and Annie-winning short film, Poles Apart. Paloma also co-wrote short film Watchmen with Cillian Murphy and was named one of Variety’s Top 10 Animators to Watch. Using furry puppets and subtle humour, Poles Apart tells the tale of a polar bear (voiced by Helena Bonham Carter) and a grizzly bear (voiced by Joseph May) forging an unlikely friendship in the Arctic. The puppets were made by Mackinnon and Saunders. Paloma has been developing The Toymaker’s Secret with Sony Tristar, a feature film that she will direct, based on a script by Academy Award nominee Alex Garland (Annihilation, The Beach, Ex Machina); as well as an animated biopic of Frida Kahlo with Lupus Films and the BFI. Director Niki Lindroth Von Bahr is a master craftswoman who makes puppets and sets by hand and brings stories to life through the technique of stop motion animation. Her captivating tales are laden with unexpected thrills, blending dark humour and with a surreal filter. Named in Variety’s prestigious ‘Top 10 Animators to Watch’, Niki has been featured by some of the most renowned film festivals in the world. Her short films 'BathHouse’ and ‘Tord & Tord’ were screened at Sundance, Berlinale and Annecy to name but a few, and her third film ‘The Burden’, an apocalyptic musical with singing rats and fish, premiered at Cannes Film Festival’s famous Directors’ Fortnight programme. Most recently, Niki directed the second story from ‘The House’, a dark comedy anthology produced by Nexus Studios for Netflix. 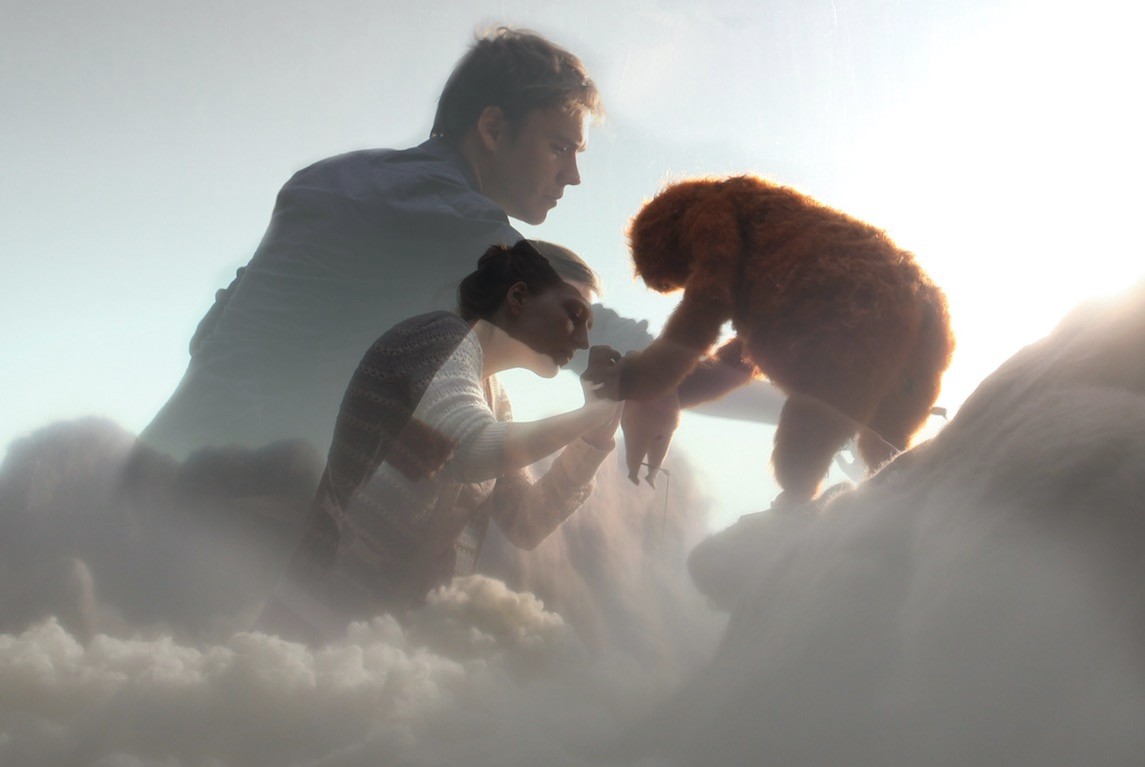 Directing duo Emma de Swaef and Marc James Roels make up one of the most exciting contemporary directorial voices of today’s animation scene. Together they create uniquely memorable stop-motion stories with a sumptuous tactile quality. While Marc’s background is in live action, Emma specialises in handcrafting characters and puppets. Their trademark style includes intricately designed people with small features, crafted out of wool and felt. The pair have been named in Variety’s ‘Top 10 Animators to Watch’ and their films have been featured in the most high profile festivals including Cannes, Toronto, Telluride, Annecy and more. One of the duo’s charming shorts, ‘Oh Willy…’, picked up over 80 international accolades, while their film ‘Ce Magnifique Gâteau !’ premièred at Cannes’ prestigious Director’s Fortnight and was named by Oscar-winner Barry Jenkins "one of his favourite films of the year". Most recently, Marc & Emma directed the first story from ‘The House’, a dark comedy anthology produced by Nexus Studios for Netflix worldwide. 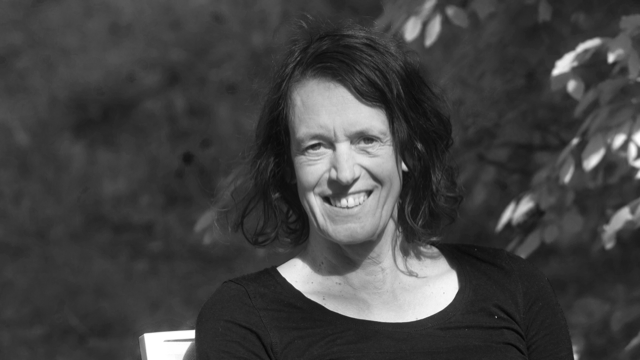 Angela Poschet is an award-winning Line Producer and Consultant for Animation productions in Europe. Her credits include numerous distinctive and commercially successful film and television projects.

She is the Line Producer on “The House”, a 3x30min eccentric dark animated comedy, produced by NEXUS STUDIOS in London for NETFLIX, which was worldwide released on the 14th of January 2022.

Before that she worked as Production Supervisor on Wes Anderson stop-motion movie “Isle of Dogs” and Tim Burton’s Oscar nominated “Frankenweenie”. She line produced the two most successful stop-motion features in Norway: “Solan&Ludvig - Herfra til Flaklypa” and “Solan&Ludvig - Jul I Flaklypa” in 2012 and 2015.

As a Production Manager and Scheduler she was involved in the first Spanish feature produced in stereoscopic: “O Apostolo”; Furthermore her portfolio includes the award winning CGI Feature “Maya -The Bee Movie”; Roald Dahls: “Revolting Rhymes“, “Sandman and the Lost Sand of Dreams”, “How to Raise the Moon”.

Before she moved into Production management, she worked as a Cinematographer on the pre-school series: “Ludovic”, “Dragon and Friends”, “Miffy and friends” and in 1998 most notably, as DoP, she was setting up the very first seasonof the internationally popular television series, “Bob the Builder,” produced by the prominent HIT Entertainment, received over 20 awards, including a BAFTA Award for “Best Animation” and two Parents’ Choice Awards. 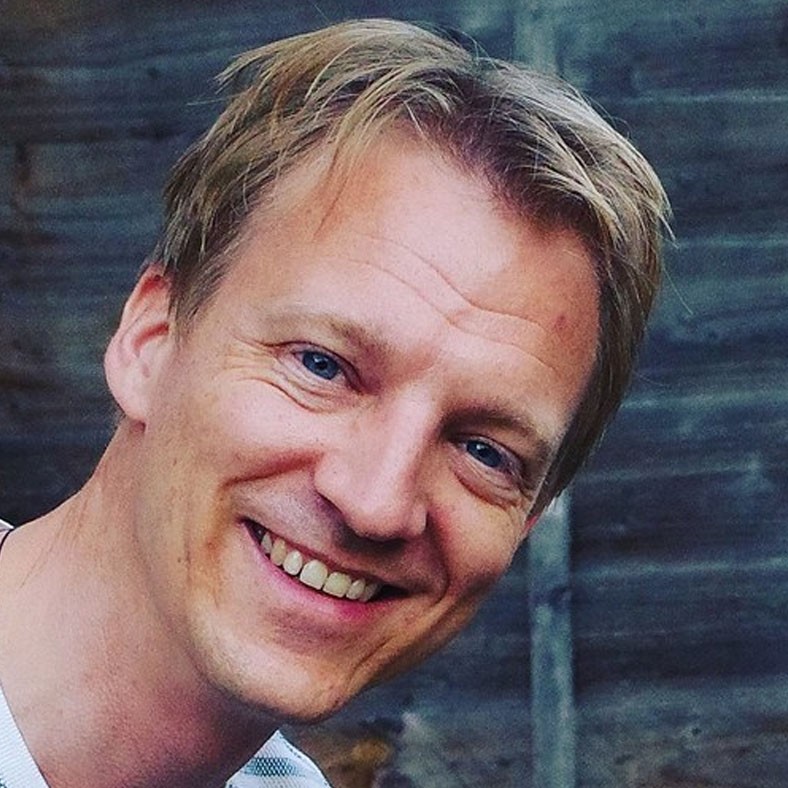 As part of the Original Content team at Nexus Studios, Joost taps into his production experience on a wide variety of animated projects - 2d, 3d, live-action/cg hybrid, stop motion - to structure potential series, features and specials.

With a background in business and computer science, Joost always had an urge to make films. In 2007 he left The Netherlands and moved to London to fully focus on filmmaking. After several years as a jack of all trades on live-action shorts, Joost eventually found himself working on the production systems side of big blockbusters at visual effects company Double Negative. Here he mastered a good understanding of the VFX pipeline, tools and processes.

Branching out to producing at boutique design and animation studio Nearly Normal, Joost started to hone in on the sweet spot for him: production at the intersection of design driven, technologically innovative animation. The commercials division of Passion Pictures turned out to be a great playground for this, with highlights such as Chipotle: A Love Story.

In 2020 he joined Nexus Studios, and was responsible for the parts of the pre-production, all of the vfx management and post production of the critically acclaimed stop motion anthology "The House", released by Netflix in 2022.